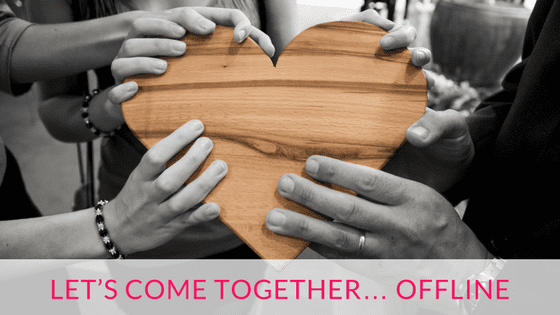 One of the first workshops I ever led was for a group of underprivileged high school students in an alternative school in Brooklyn, New York. At the time, I had just stepped into a role coordinating a violence prevention theatre program, and my supervisor told me she had a “sense” I would do well with this particular group.

After my first visit and workshop, I thought my supervisor was playing an evil trick on me. I didn’t realize that although these were students, many were in their early-twenties due to stints in detention facilities. At least one was stoned. He slept the entire time I was there. Several of the girls were pregnant. All of the students were of color, and I had never felt so white, so self-conscious of my privilege, and so utterly unequipped to make a positive impact.

I only got through two activities I had planned, for there were a lot of student interruptions, and I spent most of my time asking the students questions.

Where are you from? What are you passionate about? What makes you mad? What is a dream you’ve never shared with anyone?

When I got back to my office, I told my supervisor I would never be able to get these students ready to perform an original short piece of theatre about their lives within a few weeks. But she told me not to lose faith in these young people, like everyone else had, and to keep going back. Keep asking questions. Keep listening. Keep allowing myself to be surprised.

And I did. I had no idea if I was making impact on the students. But I kept going back.

I heard stories that broke my heart. And opened my heart.

During my second visit, the young man who slept during my first one, got on his feet and rapped a poem. And many of the other students, who seemed just as disengaged my first visit, started to put their voices and bodies into the room.

We cried. We belly laughed. We connected.

On performance day, when the school gathered with other schools from New York City, I was terrified. During my workshops, we spent a lot of time talking and improvising, but we hadn’t developed much theatre content. Nonetheless, my students got on stage, committed fully to everything we had put together, and while objectively it was the weakest piece of theatre I had ever seen or been a part of, they screamed (screamed!) when they finished they were so proud of themselves and what they pulled off.

Afterwards, they gave me a plastic pearl necklace they had pooled their spare change to purchase and told me, “We’ll never forget you, Miss Alexia. Thanks for coming back. Most people who come to our school never do.”

It’s been almost fifteen years since that day, and it still makes me weepy—particularly in light of the racism and horrific act of terrorism that ensued in Charlottesville, Virginia earlier in the month. And the equally disturbing rise of activity by Neo-Nazis, Klansmen, and white supremacists throughout the U.S.

I can’t help but think that if every person who has learned to hold hate in her or his heart towards people because of race, religion, gender identity, sexual orientation (or any other identity marker) had the opportunity to be in a live workshop with those people s/he fears, that we could heal so much hate, oppression and violence in the world.

The seven years I led workshops for educators and their young people in New York City, and taught in New York and New Jersey urban universities, I grew leaps and bounds as a human. I examined and addressed my own prejudices—many I didn’t realize I possessed. Owned the many privileges I was afforded because of my race, class, sexual orientation and ability. And most of all, learned how to connect deeply with people who I likely never would have collided with outside of my work—people who very often saw the world through a radically different lens than me.

I learned the extraordinary power of live workshops for bringing people together to speak, listen and transform—individually and collectively.

While the workshops and intimate, high-touch live events I lead at the intersections of speaking, facilitation, women’s issues and leadership look a lot different than the workshops I led at the start of my career, my core values (and who I strive to be as a speaker and event leader) have remain unchanged.

I create spaces where it’s safe (albeit often a bit uncomfortable) to take risks, question the status quo, and try new ways of thinking, speaking and behaving.

I acknowledge my own biases, limiting beliefs and unproductive habits without conceding to guilt, embarrassment or shame about them.

I use my power as a facilitator to help people access (and often reclaim) their own power.

I speak the truth (even when it’s difficult) and invite other people to tell theirs.

I forgive myself when I make mistakes, which I’ll make many of, and forgive other people when they miss their marks as well.

On Wednesday, September 6th (from 10am-12pm pacific) I’ll be leading a virtual workshop where I’ll demystify how to be a dynamite event facilitator (even if public speaking isn’t your jam), and show you how to use workshops to add meaningful revenue to your bottom line.

Learn more, and register here, for Lead Workshops That Wow.