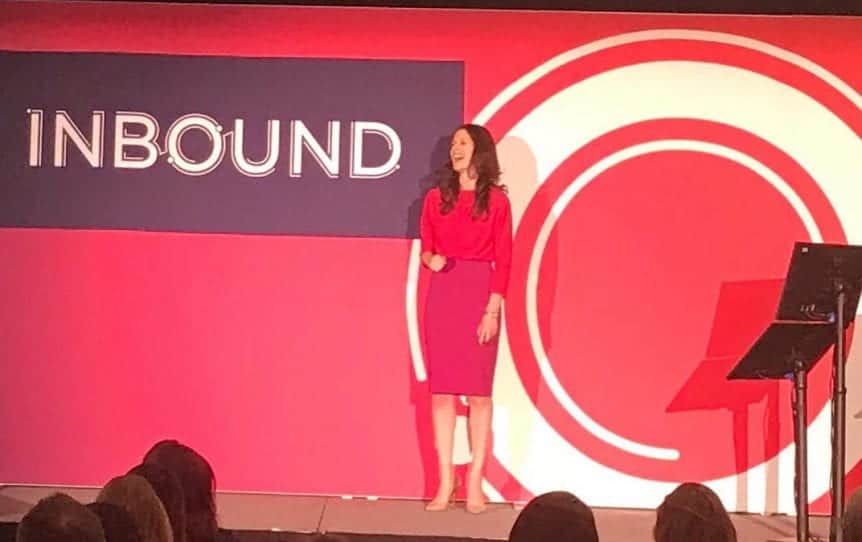 A few weeks ago, I premiered my new presentation – We’re Listening: How Companies Champion Their Women Post #MeToo and #TimesUp. It’s a speech I almost didn’t pitch, because I couldn’t figure out the title.

Fortunately, Steve got involved as he watched me thrash around on my computer shortly before the submission was due. When I described what I wanted to focus on, he said, “Hon, what you’re asking companies to do is listen to their women. That’s the role of those with power who are trying to get it right for other people.”

Here’s something you should know about Steve. And me. When we first met, I was in my final year of college as a women’s studies major. I had just produced an evening of theatre at my college, Women and War, to raise funds for the Revolutionary Association of the Women of Afghanistan (RAWA). I was on the board of my local National Organization for Women (NOW) chapter. And, in my free time, I had an internship at a local women’s business center and ran a nonprofit girls’ leadership program I had founded.

In other words, I was waving my feminist flag and waving it hard.

Steve, at this time, was working in catering and events, playing guitar, and on his way to a transformational retreat. I remember at twenty-two years’ young saying something super mature like, “Don’t go all Jim Jones on me while you’re away.”

At the time, my feminism and faith were butting heads.

When Steve came back, he changed. He had a renewed sense of self, a deeper connection to the divine, and a desire to return to college and study environmental science.

As he headed back to college, I asked for a simple favor. “Take a women’s studies class.”

And shortly after that, he gave me a similar challenge.

While I’m stubborn and didn’t attend the retreat he asked me to, I did go on a different one. And since then, I’ve gone on several others and led at least a dozen of my own – more recently, with Steve leading event operations for them.

There’s no doubt in my mind that Steve and I would have mucked up our relationship (especially with two of the first three years of it apart) and never would have seen a way to bring our worlds together in business, had we not allowed ourselves to be open to the other’s transformational journey(s) and also given the other an opportunity to experience the world through our own lens.

So, fast forward sixteen-ish years to when I delivered my We’re Listening presentation a few weeks ago. While the presentation went well, it was a little under attended but I’ll survive, one thing I was not expecting was how many men approached me after I spoke. I’m used to the swarm of my sisters but not my brothers.

“Alexia, thank you for giving me the space to be vulnerable and ask questions. Most of the other speakers made me feel like an idiot for having them.”

To be clear, I wasn’t speaking at a “women’s event.” I was speaking at INBOUND – one of the largest marketing conferences in the world.

And the men who came to my session, or who messaged and met with me at other times while attending the event, all had very similar questions that they were previously embarrassed to ask.

Is it okay to give a woman a compliment about her appearance?

If I hear another guy saying something jerky about a woman, how do I speak up without seeming soft?

Is it ever okay to date in the workplace?

If I want to hug a female coworker, do I need to ask permission?

What if I didn’t mean to do something inappropriate toward my female coworker(s) but, in hindsight, I realize I might have. What should I do to make it right?

If I had a finger for every time I have heard a prominent woman – on stage, on television, or in conversation – shame men for not having the “common sense to know what is and isn’t appropriate sexual behavior”, well, I’d have a lot more than ten fingers.

I realized at INBOUND that while in this season of my work I want to support companies to develop their female leadership pipelines and strengthen their policies and cultural practices in order to protect and empower all employees (irrespective of sex or gender identity), it’s equally important to me to make it safe for men to be vulnerable, ask their questions, and take responsibility for their mistakes too.

I want to be a speaker, thought leader, change maker, feminist, wife, and mom (in no particular order) who works with and not against men to create a more perfect world for myself and for my family, friends, and fellow citizens to live in.

That means I have to be willing to put down the microphone at times and listen, if and when (especially when!) it’s uncomfortable to do so.

Where are you being called to step up? Speak up? And, where might it also be important for you to step back and listen – so that you can empower the voices of those around you to speak?