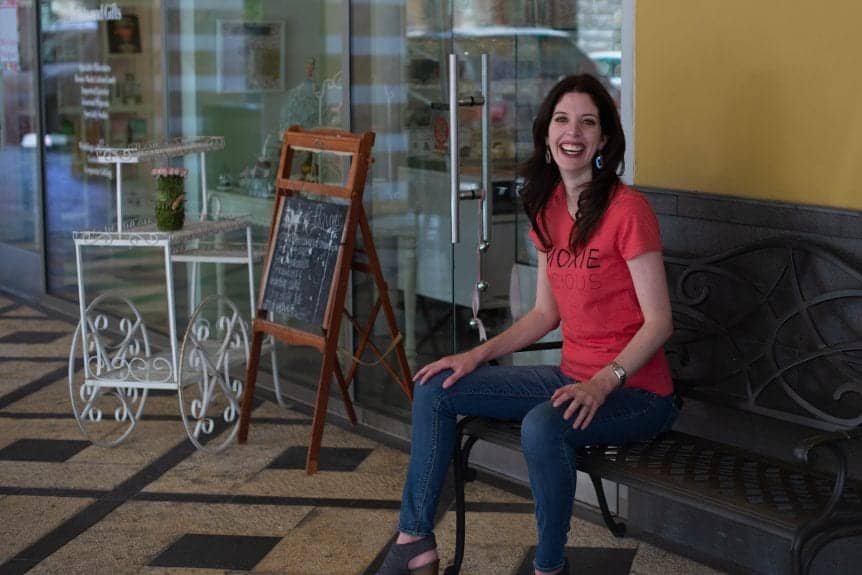 After one of my September speaking trips, I came home to discover that my daughter had gone full-on princess. Within less than one-month of Pre-K, she had fallen in love with bows worn by a YouTube child star (despite having never watched YouTube), come home from school wearing a friend’s make-up, and while I was away, also developed a new habit of asking her dad (and now me), “Am I pretty?”

Steve and I have sought to expose our daughter to a variety of toys, books, after school activities, and media across the gender spectrum (and up until this point had likely been a bit too self-congratulatory that our daughter counted, among her favorites, Doc McStuffins, Legos, STEAM Club, and Hello Ruby: Adventures in Coding). Yet somehow, while I was out championing women stepping into their moxie, speaking their truths, and amplifying their businesses and leadership, my daughter had been co-opted by the patriarchy.

Steve jumped into action first. One day, after school, he surprised our daughter (and me) with a trip to a coin store and purchased K a Susan B. Anthony dollar. He called it a “Brave Coin.” He explained to K he was gifting her this special coin because she had confided in him about something at school she felt guilty about. (She and her girl-posse had been making Play-Doh pizzas and told another girl that her pizza was “ugly” – code for, “it didn’t have fuchsia pepperoni pieces” like theirs did.) She knew she hadn’t, as she said, “stepped into her moxie” and told her friends that they were acting mean. So, rather than add to our daughter’s shame, Steve decided to reward her for her daring conversation with him by giving her a reminder of another brave woman – Susan B. Anthony.

When they got home, I read K a passage from my book about Susan B. Anthony, we ordered some books together to help her prepare for other important, potentially uncomfortable conversations (like C is for Consent), and finally conceded to buying her a much desired JoJo bow (as well as Rosie the Riveter and Nevertheless She Persisted bows). In case you are curious, we rotate them around so some days she is down with the patriarchy and some days she’s doing her part to dismantle it.

This story does not have a “happily ever after.” Although K did ask to be Susan B. Anthony for Halloween and to have a female scientist theme for her first birthday party, tomorrow it’s quite possible she’ll be back to playing “super sparkle” on the playground or re-negotiating the age when she’s allowed to get her ears pierced. (To be clear, neither Steve nor I want to deny our daughter the opportunity to play with her performance of femininity, and we also don’t want her identity and self-worth to be enmeshed with whether or not her looks conform to how we are socialized to read beauty in young girls and ultimately women. Furthermore, in addition to her body, we want her to value her voice, her brains, how she treats others and, in an age-appropriate way, discover the evolution of women’s rights and understand how advertisers try to shape her desires and self-image. You know, the stuff it’s taken most of us grown-ups several decades to be competent in.)

Fortunately, I believe this story does have a “happy enough ever after” when it comes to stepping into moxie, and I hope you can carry it forward with you into your professional life and, if you have young people in your life, into how you interact with them.

If we want anyone, whether in early childhood or older adulthood to step into moxie, we need to give them opportunities to role-play their communication aloud before asking them to speak up – or expecting them to have unshakeable presence when they do it. For our daughter, that means role playing consent and safe-touch conversations as well as how to speak up if a friend uses hurtful words toward her or another classmate. We’ve turned it into a daily game, and in the process, made it something we all look forward to. For you, role-playing might be for a negotiation with a prospective client, event organizer, or supervisor. Or, practicing a speech or live pitch aloud. How can you similarly make your role-playing fun and, as necessary, an opportunity to bond with others who have a stake in your success?