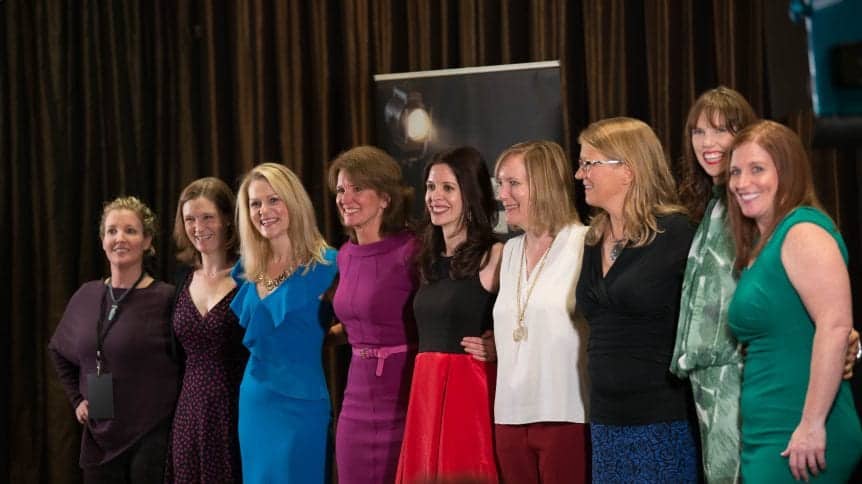 As a speaker, there are many fears one can have.

Failing to connect with an audience.

And for me, my greatest fear has always been—losing my voice for a speaking gig.

By the end of my first day of The Spotlight MasterTreat 2018, a few weekends ago, I had no voice. And if you were there, you know this is not an exaggeration. I had… No. Friggin. Voice.

While my husband and daughter had been sick with head colds the week of the event, I had successfully kept the germies at bay. But as I led a lesson on vulnerable storytelling and modeled how I strive to facilitate discovery for my audiences by telling my post-partum depression story, I found myself unusually overcome with emotion in the story right at the part where I was talking about my shame around feeling so disconnected from my voice as a new mom. By the end of the story, I had sexy bedroom voice. And within a few hours, I felt like I had a lava rock in my larynx and had to gyrate my abdomen like a belly dancer to get out even a few syllables of a word.

And for a few hours, alone in my room at the end of the night, I freaked… understandably.

I had several dozen women counting on me, two days to go, and no idea how to fight the virus that had set in, rest my voice, use my voice. Such. A. Mess.

So, after a few hours of sleep, because I was gestating an anxiety baby that felt larger than the lump in my throat, I went into the Facebook group for my Spotlight Speakers Collective. I called on the women in my mastermind—who were presenting at the event and leading Coaching Circles of attendees—and said, “I have to step back. And I’m asking you all to step up.”

And step up, they did. Tenfold.

The next morning, the Collective women and I skipped poolside yoga and met. I typed out on my computer my thoughts (since, remember, I couldn’t communicate with my voice), and together we re-envisioned the morning session with different group members leading the planned activities. We discussed the possibility that during the more content-heavy sessions later in the day, one Collective member might need to sit next to me and teach as I dictated via my laptop. Fortunately, it didn’t come to that—but we had a plan, in case it did.

For several hours, while I relinquished control and let the women who I had worked with over the last year take the helm, I put all of my energy into drinking teas and taking the remedies my gals had brought me. 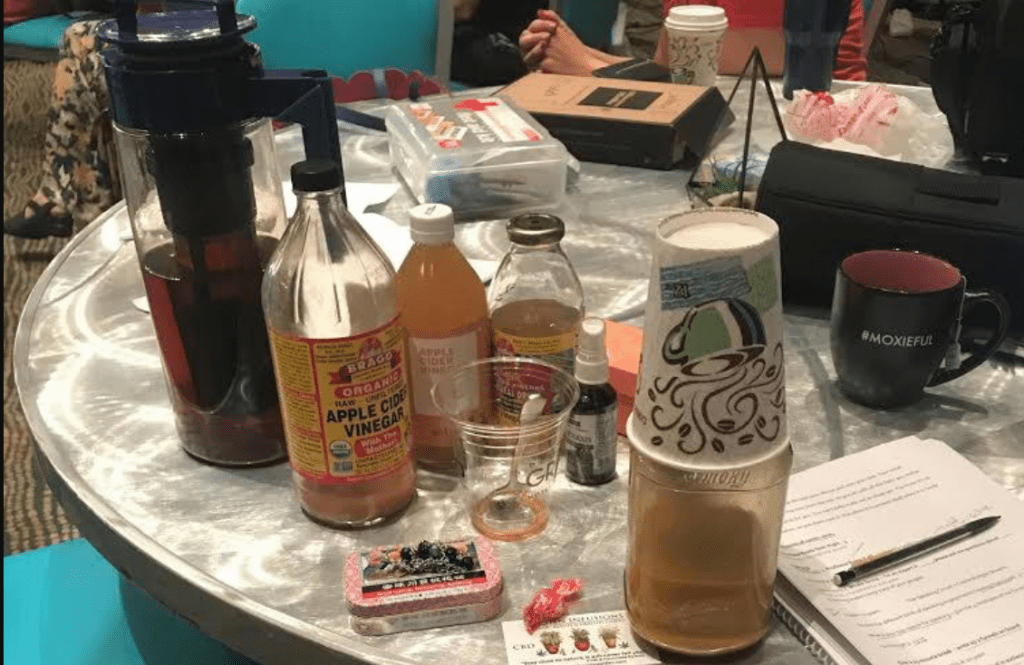 As you can see, it was quite a scene!

My voice started to come back, incrementally during the day, and I used all my years of vocal training as a performer and speaker to safely push through and complete the weekend.

Over the last few weeks, I’ve shared various Speaking Truth Bombs with you.

And here is Speaking Truth Bomb 4: Whatever you fear as a speaker, if it happens, you’ll survive it.

I’ve survived kids laughing at me while I stuttered my way through a speech.

Receiving 2 out of 10 stars on a speaker evaluation.

And now, I can say, I led two out of three days of my MasterTreat with 1/16 of my voice.

Knowing that you will survive anything that happens while speaking (or in your business), how can you let go of preparing for the worst and, instead, direct your mind, body and soul to what it is that you do want?

Deeper connection to your audiences.

Generating lucrative coaching, consulting and training opportunities from your speaking.

While I lacked my usual vocal range and power, I can objectively say it was a great weekend, and I felt as on and present as I ever have as an event leader.

Breakthroughs happened for attendees—and certainly for me.

I discovered new ways to use my body to tell stories. How to use my core to access my voice. And at the top of the list, I learned that when you ask others to help, you give them an opportunity to step into their moxie.

The women in the Collective did a delicious job of leading the other MasterTreaters—of holding space for their learning and growth. 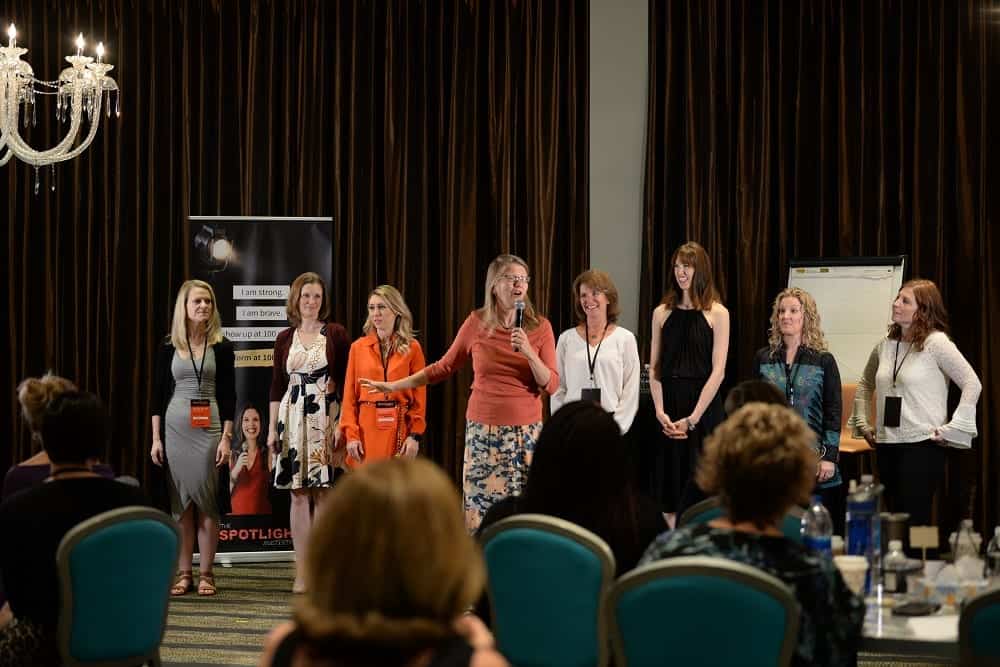 I got misty-eyed, several times, watching my women lead their way—realizing that the coaching and training they received with me through the Collective, in tandem with their ability to tap into their own strengths and “secret sauce” as speakers and facilitators, had prepared them for a moment that none of us had planned for.

The Spotlight Speakers Collective is a 9-month, one-of-a-kind mastermind experience for up to 15 female entrepreneurs who want to strategically and soulfully grow their businesses, speaking and thought leadership to spread their ideas and amplify their impact in the world.

It fuses private and group coaching, experiential and in-person MasterTreat weekends, the creation of a professional speaking reel, support with speaking and media marketing, and deep sisterhood with mature, trailblazing women across industries and sectors.

If the idea of having me as your business, speaking and thought leadership coach, mentor and cheerleader gets you excited—and you are ready to have a powerhouse posse of wise, whip-smart women in your corner—come on over and learn more about the Spotlight Speakers Collective.